This device comes with wireless encryption which is the WEP, WPA/WPA2 Personal & Enterprise standards as well as WPS. AE3000_Win7_3.2.8.0_WHQL,1 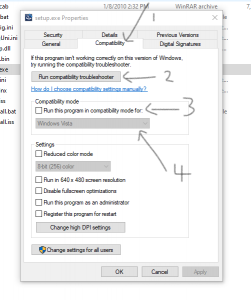 The device still uses the USB 2.0 hardware connection. The driver is six years old as this is when the product left the market. You can try and run the driver below which is a Windows 7 driver and you can add this to the compatibility.

Open the driver and extract it. There are two directories and you will click on either the 32bit version or the 64bit directory. If it is a 64bit directory you will need to right click on netr28ux.inf file and then click on properties at the bottom and then from there click on Windows 7 drop down menu.

The 1 is the compatibility tab which brings up the options as seen in the picture. If you are not certain then you can click on the troubleshooter which is highlighted as 2. Click  on 3 and then on 4 with the drop down list you will click in Windows 7 which the driver was originally made for. This should allow you to run the driver in you current operating system. Its not guaranteed but this is one way to make older hardware work on new operating systems. The is the Linksys AE3000 router as well as the Linksys USB200HA and the Linksys WUSB11 as well as the Linksys WUSB54GC.

Note that if you are trying to connect the device to Windows 10 you will need to choose the 64bit version of the software. Also note that you can run this on Windows 7 as it was designed for this system.