Firstly the FT232R USB UART driver is a bit of a complicated install. The usb\vid_0403&pid_6001&rev_0600 is also explained below. Secondly the screenshots below will give you direction with regards to installing the driver the correct way. This means that you first have to uninstall the driver, disconnect from the internet and then install the driver again. Finally the FT232R USB drivers below need to be extracted to an area on your computer you can find.

Without doubt the driver ID below this is for the Gigabyte – M68SM-S2L UART. Given these points this is the FT232R USB UART and the driver which matches this hardware. There are other hardware that use the same driver as their chipsets would be the same. The names might be different but the internals are the same. These tend to be FTDI chipsets which are very common. See the hardware ID as shown as this remains the same even when the brand name is different. Follow the steps to install this driver.

Hardware ID: USB\VID_0403&PID_6001&REV_0600
USB\VID_0403&PID_6001Compatible ID:
USB\CLASS_FF&SUBCLASS_FF&PROT_FF
USB\CLASS_FF&SUBCLASS_FF
USB\CLASS_FF
.
For this reason if you are looking for the hardware which uses the Hardware ID usb\vid_0403&pid_6001&rev_0600 then this is from the old ft232r usb which you can see below. Given that this hardware ( usb vid_0403&pid_6001&rev_0600 ) and software for this Hardware ID is from the 2014 VCP driver. More likely than not you are running a Windows XP computer. You can see it it will function on Windows 10.
.
If you are using a Windows 10 computer then you will be looking for the ft232r usb uart driver Windows 10 64bit or 32bit. This is in both of the latest drivers. There is now also the ft232r usb uart driver windows 11 driver which was released in December 2021. This is the first Windows 11 version. The last download is the first version for Windows 11. The last two downloads will allow for Windows 10 operating systems.
See also :

These are the same descriptions where some call it a controller while others call it a UART. There is one final note and that is that there are many white box devices that use this same driver. The Moyina USB console cable driver also uses this driver. Even though the Moyina uses a FT232RL chipset. These drivers will work on it as well. The FT232rl driver will work with this driver which many have used in USB port cables and convertors.

In brief you first need to uninstall the incorrect drivers on your computer. In Windows, go to Control Panel then to Device Manager 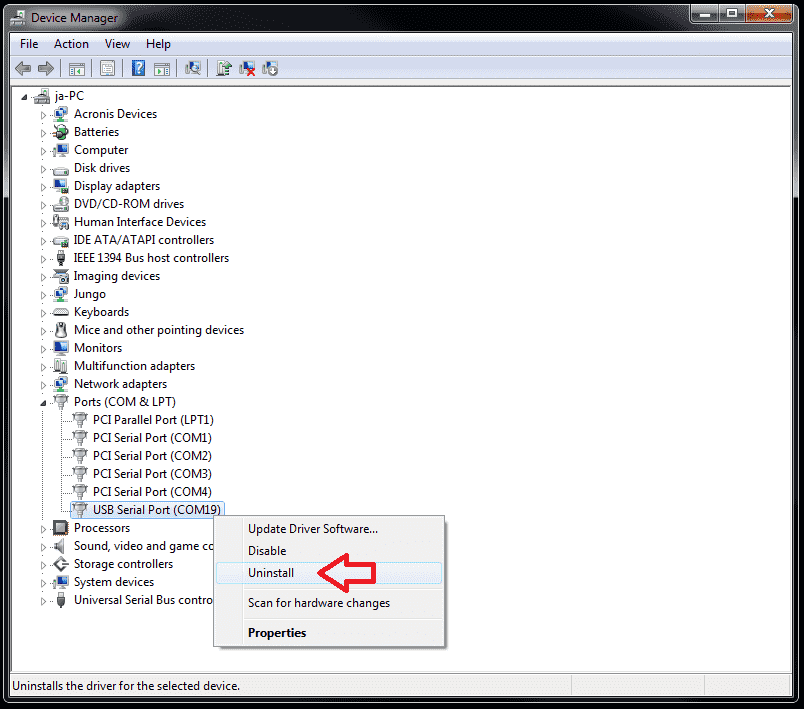 Given these points now press the delete button on your computer and it will ask for confirmation. 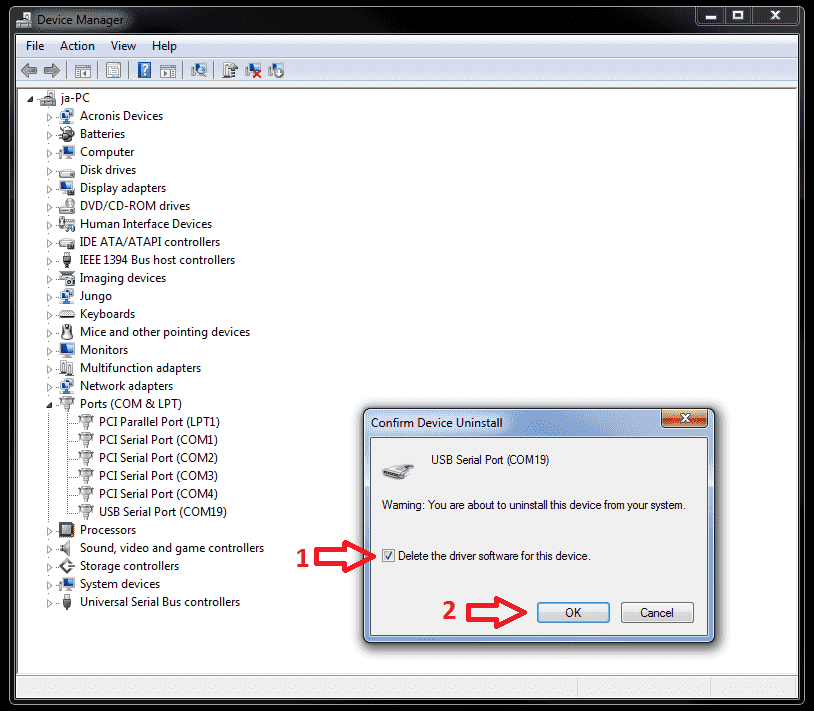 In any case collapse the Ports menu and now click on the USB controller at the bottom of the list. 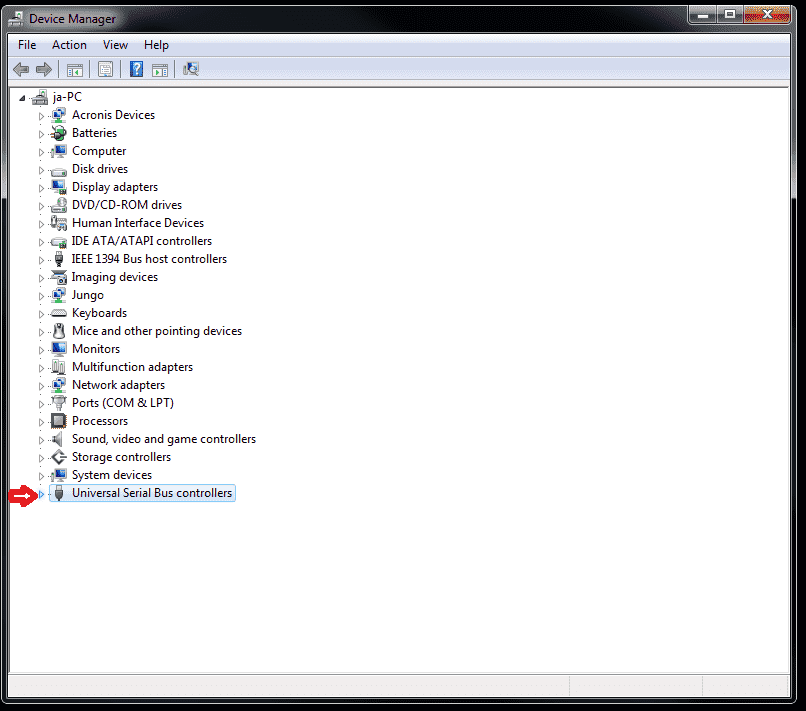 Be that as it may you now need to uninstall the existing USB Serial Convertor. 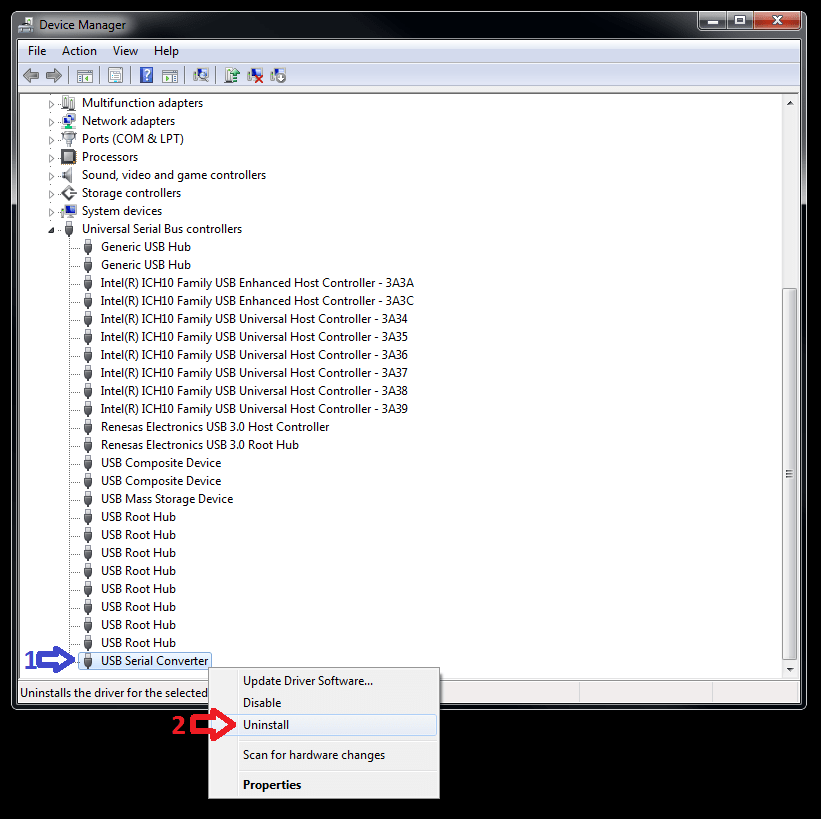 Disconnect the USB cable from your PC to KMX1 or KMX2

reconnect the USB cable from your PC to KMX1 or KMX2 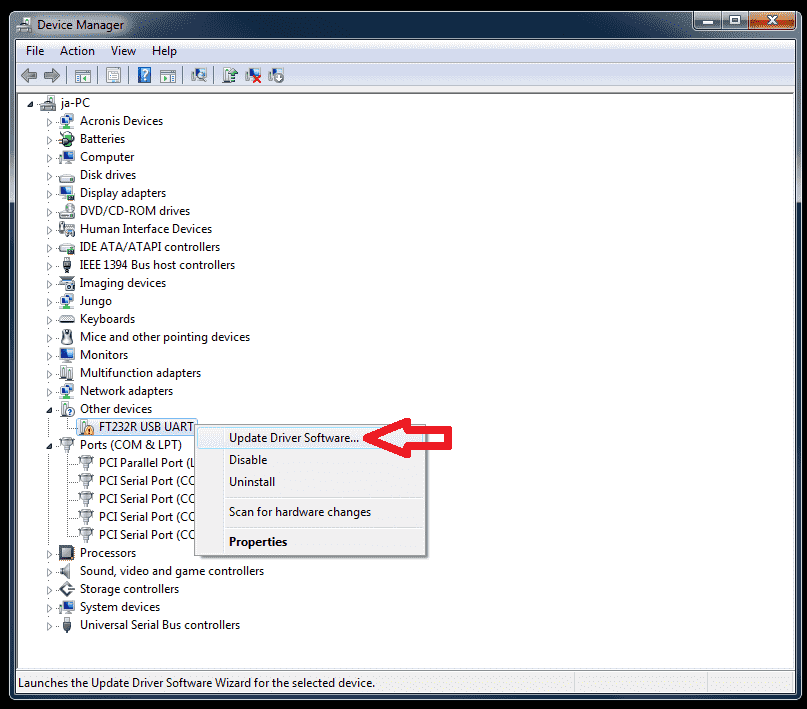 Now you need to find where you extracted the drivers from the file you downloaded above and point the software to the directory. 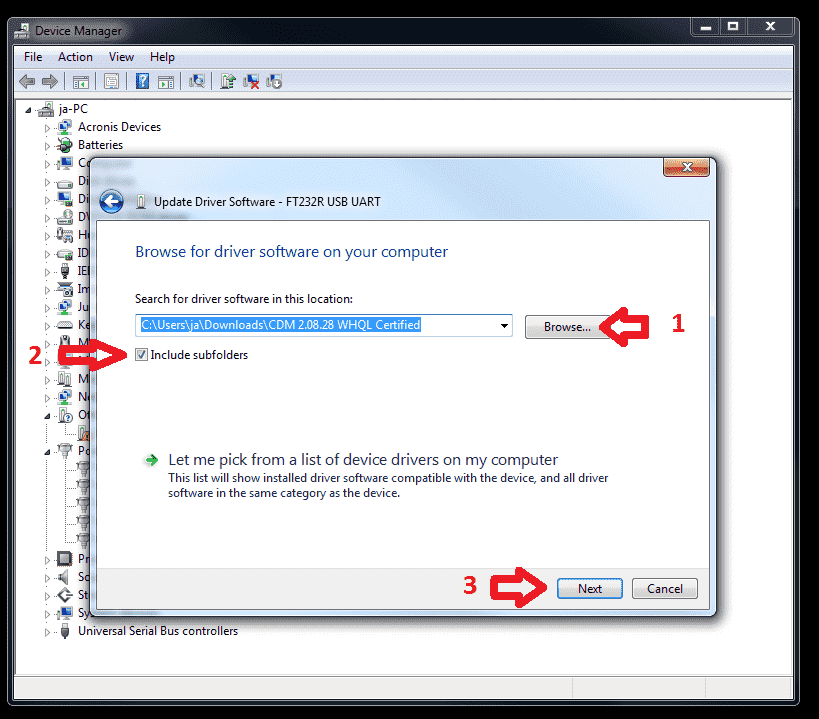 For one thing, the driver software for USB Serial Converter has been installed 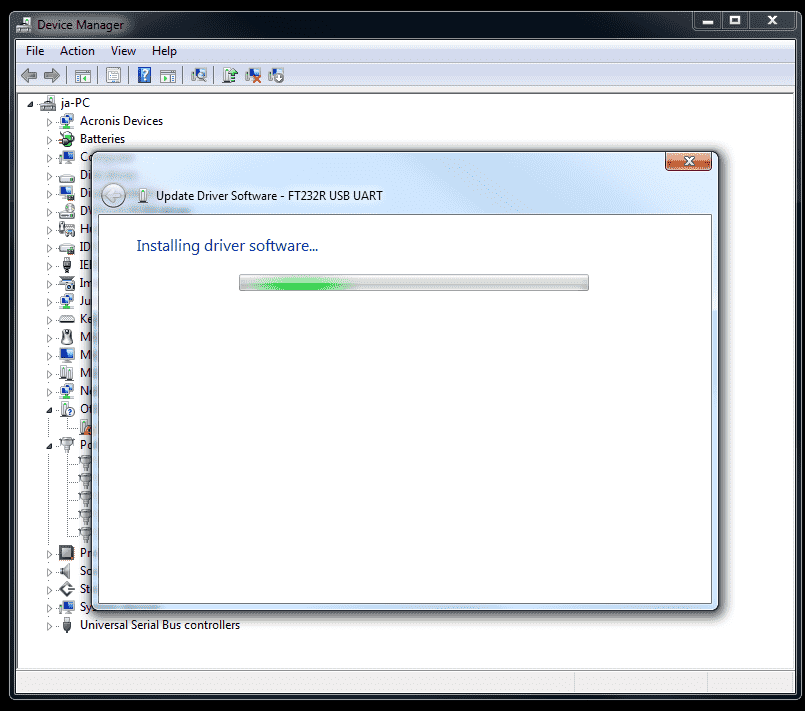 The USB Serial Convertor is now installed. Next you have to install the port. If you are old enough to remember software modems then you will recall that it was done in the same manner. 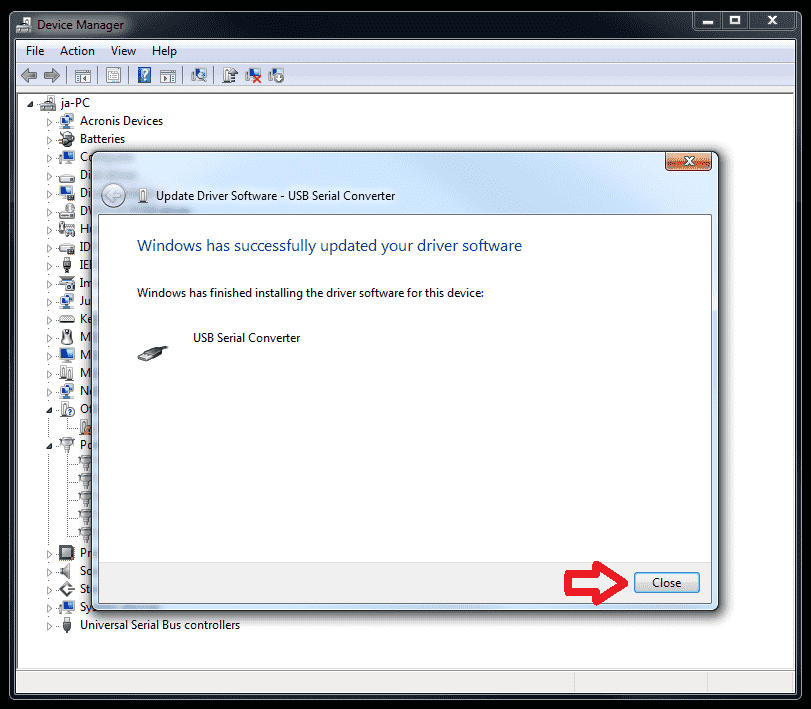 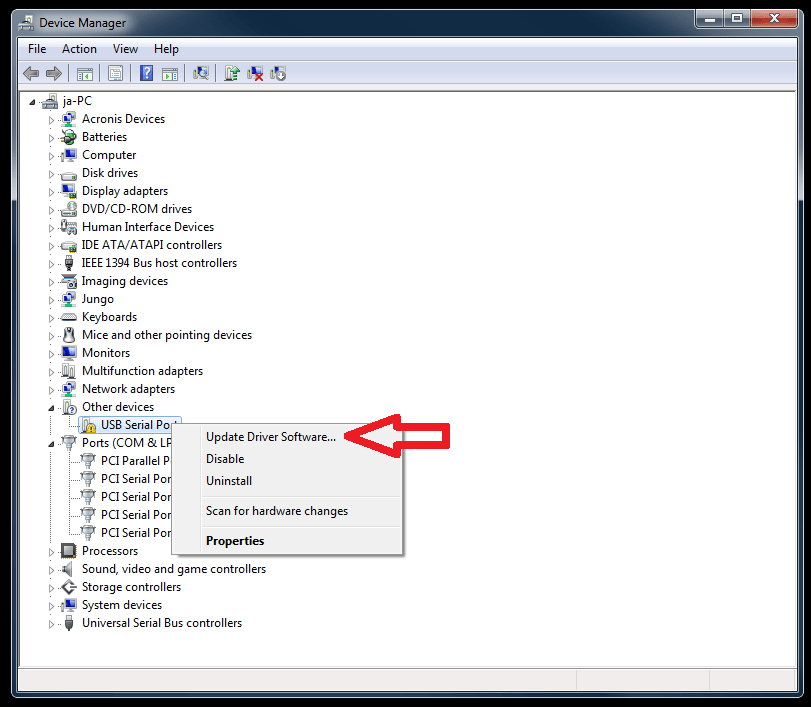 Given that the driver software for the Port is in the same directory where you had the other drivers which you had just installed. 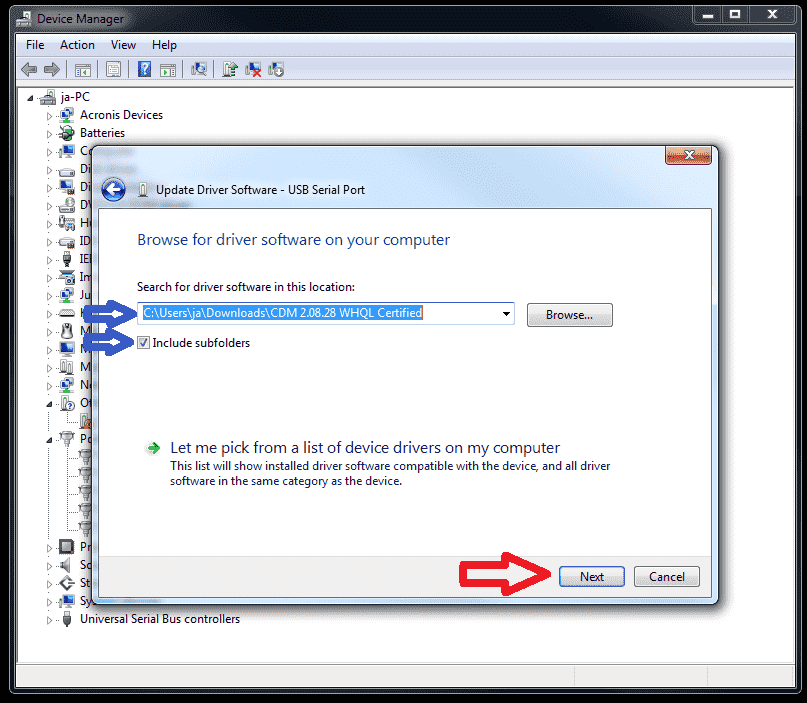 All in all the Serial Port will now install and that will be the final installation. There should be no yellow flags any more. 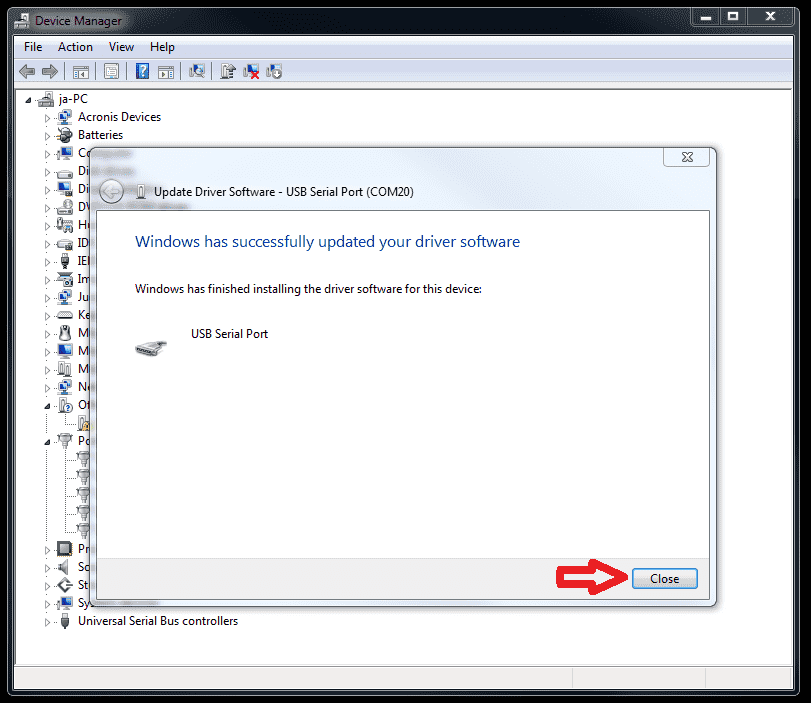 Above all see the updated version and UART driver here.

I develop websites and content for websites related to high tech from around the world. See more pages and content about technology such as USB and other IT developments around the world. You can follow the other websites as well and search this website for more information on mobile phones and other USB components.
Previous HTC MTP Device Driver Win 7
Next Realtek RTL8187L Driver