The Linksys WUSB600N Driver is for the older Windows XP operating system. The OS is still widely used worldwide. You can still use the driver in compatibility mode in Windows 10. You can see how to do this further down on the page. The Linksys WUSB600N driver was the last driver provided by Linksys before they moved onto other products.

The driver was originally made for Windows XP. If you want to run it on any other operating system then you will need 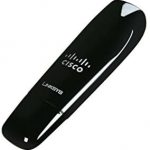 The Cisco-Linksys WUSB600N you can still find on Amazon for sale at about USD50 each. Its the USB wireless adapter with the draft 802.11n frequency as well as using the MIMO technology. It can also connect to Wireless-G, -B, and -A networks much like other adapters on the market.

Common questions about this adapter which can be answered here is that it does not work on Beaglebone Black or Raspberry Pi or an Android system. If you are still running an older computer then the Linksys WUSB600N still gets very high user ratings.