The Motorola C350 C353 USB modem is known as the “Motorola USB Device” which is the Motorola 350 driver and Motorola 353 driver. This was a very popular “Motorola USB Modem” when it came out. The driver for the USB modem has been listed below. Check you hardware to ensure you have a C350 or C353 modem from Motorola.

You will note that in the hardware ID files that it lists the modem by a number of names other than the USB modem that it is.  It also lists the modem as a USB CDMA modem and a USB SM6050 modem. Now as stated above check the modem that you have. Its a small file and an inf file so extract the 3 files inside and right click on the inf file then click install. Very simply to install the driver.

These are the Motorola USB C650 as well as the Motorola V3 Razr and  Cytron USB to UART Converter as well. There is also the Motorola C550 and finally the Motorola Device Manager as you can see. The Motorola C350 C353 USB Modem is a combination driver however.

This is an INF driver which was made for the Windows 2000, Windows Xp and Windows 98 operating system. You can run this in compatibility mode on Windows 10. The installation is going to be the same as shown below. The Motorola C350 and the Motorola C355. The device drivers for both of these phones as you will see are the same.

The INF driver covers the entire C35x range of mobile phones from Motorola. Leave the phone connected when you are installing the driver so that Windows 7 or Windows 10 will pick up the hardware when the driver is installed. 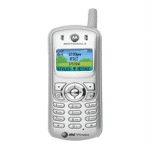 First the Motorola C355 there is also an INF driver which was made for the Windows 2000, Windows Xp and Windows 98 operating system. This is an INF file so you can install the driver across many different operating systems.

This is not a full driver in that it does not come with the software but with the barebones driver alone. Now this is what they called the C35x as the driver is for any Motorola devices from C350 to C359 devices.

The INF install is similar to the UART drivers for the Cytron USB to UART Converter and the ft231x usb uart driver. So download the file and then extract the content. Click into the directory called the “C35x_USB_DriverXP” directory.

Once you click onto it then there are three others files. You will need to right-click on the one shown and then click on ‘install’ on the new menu which shows. It will then install the driver and Windows will show that it has found new hardware. The device will then work. This works on the Windows 10 operating system as well.

I develop websites and content for websites related to high tech from around the world. See more pages and content about technology such as USB and other IT developments around the world. You can follow the other websites as well and search this website for more information on mobile phones and other USB components.
Previous Microtech DPCM USB driver
Next HP laserjet 1100 driver