You will need to check the Canon website for more information if you are having problems with the printer and also see if they can assist you with another driver for a different OS. The printer still has a very good release value and there are still many units doing the rounds. It was one of the better printers Canon brought out. The hardware ID shows that it is a Canon MP250 Scanner or WIA Canon MP250 service. Note again that this is a 2005 driver as the hardware is more than 15 years old. Installing this into a modern OS can present a problem. The Canon MP Drivers Version 1.04 64-bit Edition is further explained.

The problem with the Cannon scanner was that it has issues when the printer was connected to a network hub. The hub at times did not all the scanner to function. If you are having a connection problem then remove the  printer from the hub. See if it will function without the hub present. Try and change the port on the hub or on your computer. See USB problems on this website. Sometimes the front USB ports on the computer does not work too well with this.

Download the file below and then extract the contents form the file. There are now two options with this. The first ios that you are using an older operating system and you can simple ‘DrvSetup’ and then click on install. The scanner driver will then install without an issue. 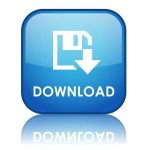 I develop websites and content for websites related to high tech from around the world. See more pages and content about technology such as USB and other IT developments around the world. You can follow the other websites as well and search this website for more information on mobile phones and other USB components.
Previous USB Sonix PC Camera (SN9C103)
Next Realtek High Definition Audio