The driver for the Genius ColorPage HR6 driver is another USB scanner in the range of the ColorPage range of products from Genius. Notice that much like the other scanner drivers this one also powers and runs a number of other versions of the USB scanner range. Note that if you download files from the internet to scan for viruses and malware with a program such as Malwarebytes.

This is the old scanner driver for the Genius ColorPage HR6 which is 9 years old. If you are buying this second hand then you can see how to download and install the driver below. You will note this is made for the older operating systems. You can see further below what it will take to connect this to a Windows 10 or Windows 11 operating system as it would have to be installed in a compatibility mode. The driver is 12 years old and was made for the Windows XP system.

The driver name on this is either the: 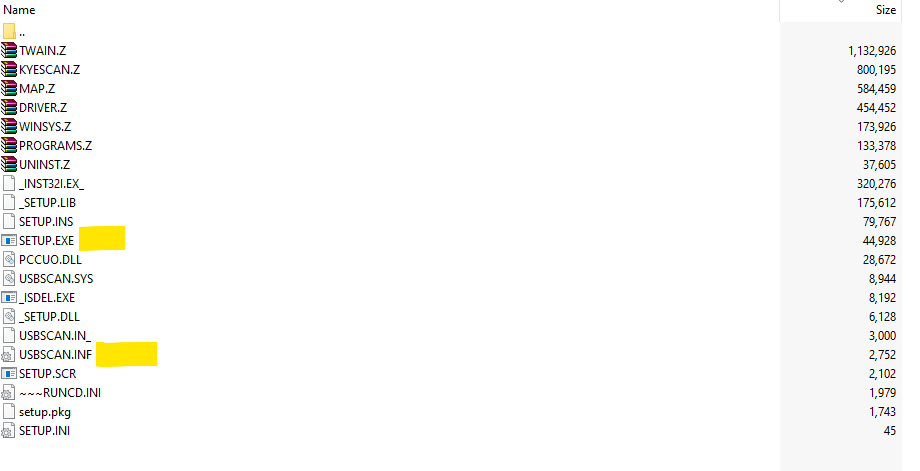 If you are running Windows XP then simply click on the setup file and the driver will install. If you are running this on Windows 10 then you can try to install this in compatibility mode. Right-click on the setup.exe file and then click on the menu where it says “compatibility troubleshooting” and Windows 10 will try and run the driver in its “compatibility mode”. It will do the rest. Should it not work then you can try different settings which they offer. If this does not work then try and install the driver only without the software. Windows Word can read the scanner directly. There are also software that can do this for you. See below how to install the driver only. See also the Genius ColorPage Vivid 4 as well as the Genius ColorPage Vivid 3X as well.

If the installation above did not work then you can try and install the bare driver. See the picture above. Now right-click on the USBSCAN.INF file. The menu that appears click on “install” near the top. Leave the printer on and Windows 10 will install the bare driver for the scanner. You can now still use the printer but without the accompanying software that originally came with it. If you have a UART port then see how to do it here. There is also the Genius ColorPage HR6X Slim Driver on here.

I develop websites and content for websites related to high tech from around the world. See more pages and content about technology such as USB and other IT developments around the world. You can follow the other websites as well and search this website for more information on mobile phones and other USB components.
Previous Visioneer OneTouch 7100 Scanner USB Driver
Next Visioneer OneTouch 6600 Scanner Driver