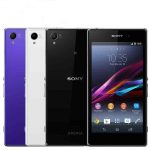 Note that there are a number of other drivers such as the Sony Xperia Z USB Driver as well as the  Xperia Z Ultra HSPA and the Sony Xperia ZL2 driver also listed on this website. These are installed with the same type of driver being an INF file which needs to be installed on your computer. See how this is done and how the Xperia Z1 l39h driver on your computer. Download the driver below and see how this is done with the picture below. See also the Xperia T2 Ultra driver.

Download the file below and then extract the files inside the zip file. When you extract the file you will need to look for the INF files inside the zip file. This is the same as the ft232rl driver UART installation. The sa0109adb.inf file is the Sony sa0109 ADB Interface driver as well as the sa0109rndis.inf which is the Sony sa0109 RNDIS Interface driver. See the picture below for more of this. Now right-click on the sa0109rndis.inf and the click on the new menu where is says ‘install’. The Windows operating system will now show that it has found new hardware and proceed with the installation. This is the Xperia Z1 (L39h) mobile driver. See also the driver Sony Xperia XZ on here.

See the list of files above in the picture. There are two INF files. The installation will work with Windows 7 as well as Windows 10 operating systems. The file has been added below for download.

I develop websites and content for websites related to high tech from around the world. See more pages and content about technology such as USB and other IT developments around the world. You can follow the other websites as well and search this website for more information on mobile phones and other USB components.
Previous Sony Xperia Z Ultra C6802
Next Sony Xperia Z Ultra (C6833, C6806, and C6843)