This is version 1.3.450.0 and was released in March 2016. Note that there is a generic android driver also on this website here. You can download the driver below. Click on the EXE file and let the driver install on your computer. You will note that there are the two drivers listed below. The first is the older driver which many prefer.

This was released a few years back. 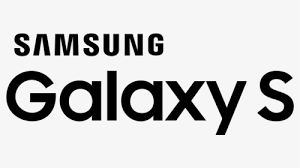 The latest driver is below that which was released this year in 2022. If there is a problem with the new one then uninstall the driver and then reboot. Install the older driver and then see if it connects the Samsung Galaxy S to your computer.

It is similar to the Samsung mobile phone drivers on this website. That driver is the same as the latest driver for Samsung. Much the same as the driver Samsung Grand Prime which also uses this generic Samsung driver which is also the latest from the company. You can search for more drivers on the sidebar of this website. The Samsung S2 usb driver as well as the Windows 7 Samsung s8 driver can all make use of this driver. This being the latest driver as it covers many mobile phones. The Samsung universal print driver for Samsung printers uses its own print driver.

Download the file, extract and  click on the EXE file as explained and the issues will be sorted much like the Samsung Galaxy S. So that is the Samsung USB driver Windows XP 32 bit installation.

I develop websites and content for websites related to high tech from around the world. See more pages and content about technology such as USB and other IT developments around the world. You can follow the other websites as well and search this website for more information on mobile phones and other USB components.
Previous Samsung Galaxy S USB Driver Windows XP/7 64bit
Next Samsung Galaxy Prime USB Driver