The CP2102 USB to UART Bridge driver you can download below. Silicon Labs who manufactures the CP2102 chipset has stated that this chip should not be used in new designs and to look at other options. The CP2102N is now the recommended chipset instead of the CP2102 which they also make. The drivers for the CP2102 USD to UART bridge are royalty free and it is plug and play compliant.

The CP2102 USB to UART is a plug and play compliant and are also USB 2.0 compliant. You can also see other drivers for the UART such as the FT232r USB UART driver as well as the FT232R USB UART which you will also find on this website.

This article covers the CP2101, CP2102, CP2103, CP2104, CP2105 and CP2108 USB to UART bridge devices. This will show you how to obtain the port number of a specific CP210X device be this the CP2102 or any other devices in this range of bridges. Note that the vendor ID (VID), product ID (PID) and serial number determine the port number of the device. 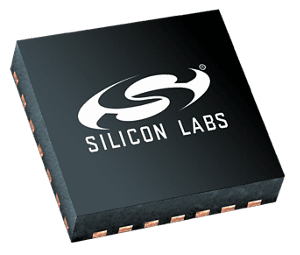 The CP2102/9 USB-to-UART Bridge Controller allows you to update RS232 designs to USB using minimum  components and PCB space. The CP2102/9 also includes a USB 2.0 full-speed function controller as well as a USB transceiver, oscillator, the EEPROM or in some cases the EPROM, as well as an asynchronous serial data bus (UART) with full modem control signals.

With the on-chip programmable ROM you can also customise the USB Vendor ID, Product ID as well as the Product Description String, Power Descriptor, Device Release Number, as well as the Device Serial Number. This can be changed and programmed via the USB connection from your computer. This is the easiest way to setup and test the CP2102 USB to UART Bridge device. See the cp2102 driver listed below.

In most cases you will not need to change or modify the existing system firmware as the CP2102/9 UART interface implements all RS-232 signals which includes control and handshaking signals. You can download the cp2102 driver listed below.

What is Silicon Labs CP210x USB to UART?

The Silicon Labs CP210x USB to UART is a range of devices made for serial communication. The CP210x is a USB 2.0 full-speed function controller as well as a USB transceiver, oscillator with an EEPROM and works with the RS232 protocols. You can also write to it and change its ports.

You can see here how to install the CP2102 drivers. Install the drivers be this Linux or Windows and then use the software from there. You will first need to test the Ports on the bridge and you will need to see how to test the ports and then implement this in your system.

The CP2102 USB to UART bridge controller will need a driver which you will need to download and install. These are the Windows drivers and well as the Linux drivers. See how to install and test the ports on the CP2102 UART bridge and implement it from there.

How to install CP210x driver?

Download and install the CP210x Windows driver as shown above. You will need to install it and then check in the Windows 10 Device Manager and see it it reflects correctly. If there is an error then right click and uninstall and then try to re-install the driver again.