These are the options for the USB to serial devices which has been divided into two sections. 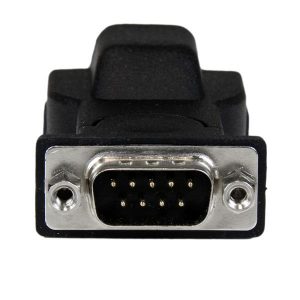 The USB to RS232 Mini (ANU232Mi) uses the Prolific PL2303 processor. This adpater is sold by such suppliers as US Converters as well as Nordfield. The converter is low cost as it uses the PL2303 chip from Prolific. These adopters are normally in the range of about $10 each. In Windows 98, ME, 2000, XP32, Server 2003 and well as in Linux the USB to RS232 Mini will normally be automatically configured by the Windows operating system as an additional COM port. See also the rs485 working principle for a comparison.

This adapter is however not compatible with Windows 8 and it is also not recommended for Vista as well as Windows 7. This is a plug and play setup so you will not need to know many technical details.

Connecting printers on a PDA or other devices such as GPS and other office equipment such as scanners. There 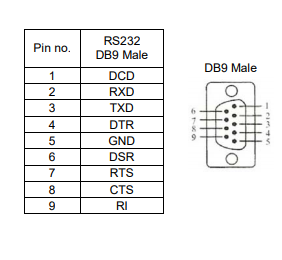 is no power required as it will use the electricity from the port and comes with a standard 9-pin RS232 male connector. The chip or processor is the Prolific PL2303HX and you can find the driver for the prolific serial convertors on this website. These are all the USB to Serial RS232 adapter options.

Note again that the RS232 adapter is  not recommended for Windows Vista, Windows 7 and it also will not work with the Windows 8 operating system.

The baud rate is 300bps to 115200bps and the current draw is less than 100mA. The USB to serial adapter this mini version is USB 1.1 as well as 2.0 and USB 3.0 capable. Finally from the picture you can see that it has a RS232 DB9 Male connector. This is very common on computer where an extra printer port os COM port is required and you need to connect the COM port into a USB port.

The USB to RS232 Mini (ANU232Mi) as shown above is no longer used as there had been compatibility issues when it comes to the operating systems which is could be used on. The replacement has been the USB to Serial Adapter – PRO Mini which uses the FDTI FT232RL chip. This is the new high speed USB to serial adapter of choice. The FTDI FT232RL serial adpater has more options than the budget one above. It allows you to control the baud rates (transfer rates). It also allows for the changing of the flow control as well as the COM port number.

This high speed USB to serial adapter (FTDI FT232RL) will also install onto Windows without an issue. It will automatically install once plugged in and it will show in the Windows Device Manager as an additional COM port. The adpater will accept most serial devices from mobile phones to scanners,  printers and other office hardware. The USB to Serial Adapter Mini Pro is full plug and play. In Europe you can also find these from Tronicore who sells online. 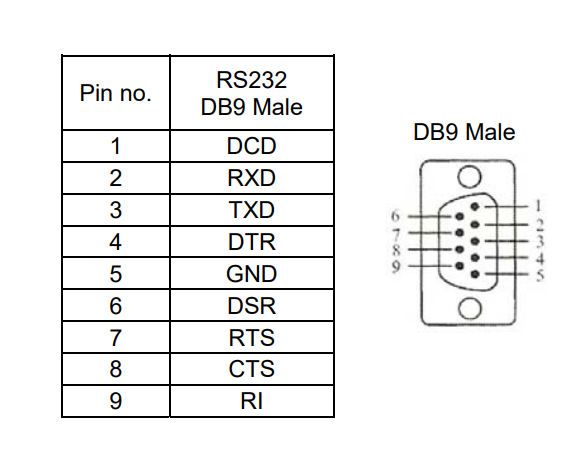 The high speed USB to serial adapter (FTDI FT232RL) here is also port powered like other adapters and it is also the most common USB to Serial adapter on the market. Much like other serial to USB adapters it is also plug and play and when inserted into the COM port it will add an additional COM port in the Windows Device Manager screen.

If your Windows or Linus does not have the driver then you can download this below. This version being offered has LED lights for TX and RX activity which is built into the adapter so you can see when it is active. If you are still using Windows 7 and 8 then the driver is built into the operating system. For others use the driver below. The FT232RL processor uses auto detection of data speed and also uses the Handshaking and Modem Interface Signals. You can search the internet for the XS882 part number. The serial driver is the Exar SP213EEA. The speed is much higher than the low cost versions as this one is guaranteed up to 230.000bps.

There is not much current draw and this is perfect for a laptop as well. In idle mode is uses only 80mA while being used this will go to a maximum of less than 150mA. So it will not be a big draw on your laptop battery. Unlike other adapters this has a 256 Byte transmit buffer as well as a 128 Byte receive buffer. Also note that the Mini Pro uses USB 1.1, USD 2.0 as well as USB 3.0. This is the full range of USB to Serial RS232 adapters on this website. You can also see the FT232R USB UART Driver on this website for more information. The cost for this adapter is usually around $25 each. 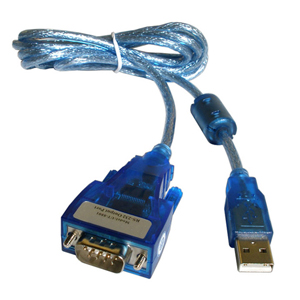 This is one of the most commonly used high speed USB to serial adapters on the market. The reason why this is the most common adapter is because it has a better driver and  more stable than the others as listed above. It does cost a bit more but it is fully optimized for Windows 10, Windows 8 and Windows 7 which you can see here. The driver on this is much more stable and the processor on this adapter is also much better and stable.

Some of the most common errors you will find is that the USD to serial adpater tends to freeze the computer or worst is will show the invalid debug DLL. These are common issues with their drivers and the blue screen of death is always a problem. Other problems with cheaper adapters also cannot connect or establish a COM port. This high speed USB to serial adapter is usually in the price range of about $35.

Much like other adapters, this is also a self powered adapter or convertor. This adapter which uses the FTDI FT232RL processor and it is fully

compatible with all versions on the Windows operating system. This also sports a Zywyn ZT213LEEA serial driver. There is also a TX and RX activity indicator on the adapter. The adapter much like others has the RS232 DB9 Male port adapter.

The 3 feet cable is long enough for most applications. The adapter is well known in Asia as it is very stable with its FTDI processor. The drivers for these have been added below. You will note that it will run on Windows, Linux as well as Android and others. The baud rate is to a maximum of 230.000bps. The USB adapter also comes with an adjustable transfer rates from  64 bytes to 4096 bytes.

The latency on this adapter is also adjustable from between 1 to 255 msec as well as read and write to between 0 and 10000 msec. There is also flow control with the three options being, none, Xon/Xoff as well as hardware. The COM port includes virtual COM port drivers or FTD2XX.DLL. You can find this below. Note that this also works with the Cisco Standard Break Key Sequence option. The buffer size on this adpater is 256 Byte Transmit Buffer as well as having a 128 Byte Receive Buffer. 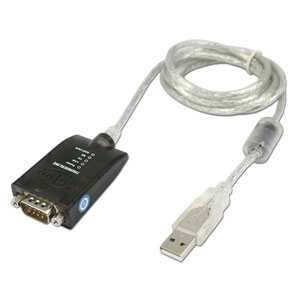 This is the top of the line USB to Serial adapter for the RS232 which you will find. The price would be higher at about $65 for an adapter. There you will also find that this is normally with high transfer rates. For most uses you can buy the cheaper pro mini adapter as above which will cover most projects.

The higher end which has been marketed as Thunderlinx would be for those who require more options than what would be normally needed. With larger buffers and higher speeds this is mainly used for more complicated applications.

This USB to serial adapter makes use of the FTDI FT231X processor and the Exar SP3243EUEA-L serial driver. This makes for very high speeds. These are up to 921,600bps or up to 3Mbps if you are going to be using aliasing. Most time these sort of adapter would be used on weather stations when there is a lot of data to transfer to the network. The USB interface on this USB to serial adapter is the standard Type A Male plug. There are also large buffers on the adapter which is 512 Byte Transmit as well as  512 Byte Receive buffer. There is also an adjustable latency timer to set it from 1 to 255 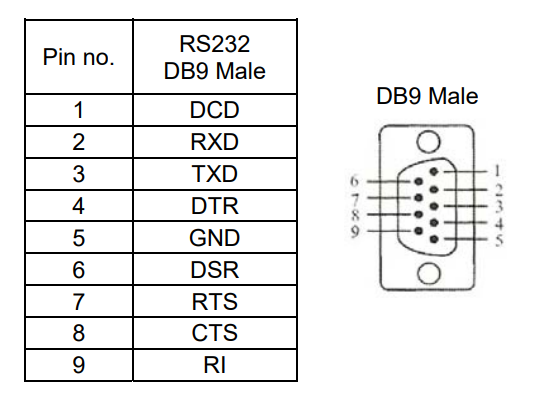 msec as well as read and write timeouts of between 0 to 10000 msec.

This is the new generation FTDI processor in the form of the FTDI FT231X processor and the Exar SP3243EUEA-L serial driver. Note that there is also noise reduction and filtering on this adapter. It also provides provides 5V auxiliary power on pin 9. See also the working principles of RS485 as explained. 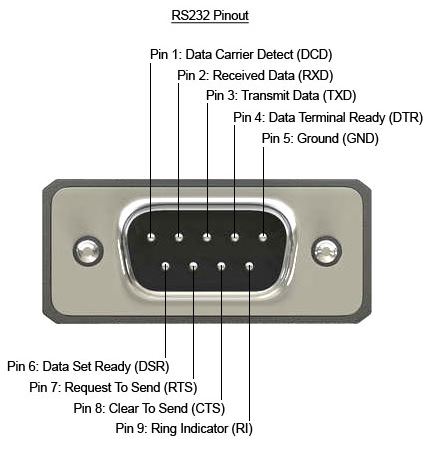 1.    Data Carrier Detect – The first pin looks for a data terminal. Once this is detected it sends a single to the data set that is going to be transmit to the terminal.

2.    Received Data – This is where the data set receives the first signal via the receive data line after the initial data carrier detect.

6.    Data Set Ready – Again here a signal is given to the data set ready (DSR) line, which ensures that the  communication between the data terminal and a data set can now also be completed.

7.    Request to Send – A signal indicates the request to send (RTS) can now also be performed, which means the data set can send data to the data terminal without any interference.

8.    Clear to Send – Once the connection is made between a data terminal and a distant modem the clear to send (CS) signal makes certain that the data terminal recognizes that the transmission can now be performed.

9.    Ring Indicator – The ring indicator (RI) signal is used when a modem that operates as a data set detects low frequency. When this occurs, the data terminal is alerted, but the RI will not stop the flow of serial data between devices.